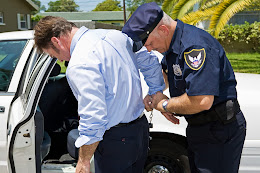 The HEMPSTEAD, Texas Criminal Defense Attorneys James Sullivan and Associates have handled over 4000 cases and have a collective 55 years experience defending adults and  juveniles in criminal, juvenile, and family courts in Waller County and throughout the State of Texas.

HEMPSTEAD, Texas Criminal Attorneys James Sullivan and Associates treat every person they represent as if they were a friend and neighbor. When you call, likely Jim Sullivan or an associate will answer your call themselves. You will be dealing with Attorneys, not secretaries, assistants, or answering machines.

HISTORY OF WALLER COUNTY TEXAS
Waller County, created in 1873 from Austin and Grimes Counties, is located in a favorable geographic environment. Today the county bears the growth of Houston metropolitan area; which began to develop in the late nineteenth century with the implementation of the Houston and Texas Central Railway that helped to stimulate its expansion. If the railway helped to develop the area in the beginning of the century, the highways have the same function today. Two important transportation corridors serve Waller County; US 290 which connects the State’s Capital to Houston, and Interstate 1-10, which crosses Texas East-West, connecting Houston to San Antonio and on through to El Paso. This strategic location makes Waller an important piece in the region’s economy, and at the same time challenges the county development.
Limited on the West by the Brazos River, the County shares borders with Harris and Montgomery counties to the East, Fort Bend and Austin counties to the South and Grimes County to the North. The landscape varies from the “rolling timbered in the North to the coastal prairie in the South.”‘ A smooth variation on the elevations that range from 100 to 300 feet above sea level characterize the area as being part of the prairie landscape. Variations occur in the type of soil across the County, ranging from the alluvial soil near the Brazos River and numerous creeks in its southern area, to sandy and loam soil and black waxy soil in a small portion in the County, give Waller diversity in natural landscape.
The expansion of Waller was led by the development of the axis of transportation. Hempstead, the county seat and the major town in the County, was one of the cities developed by the railway companies. It was one of the most powerful development forces in the US in the late eighteenth century.
From the same pattern of development came the town of Brookshire, which was developed just after the Missouri, Kansas and Texas Railway passed through the city from Houston in 1893. Today, both railways are property of the Union Pacific Railway network.
The area took advantage of the available transportation system and this helped shipping the production of cotton through the country. In the late 1800′s, cotton was the major product in the county’s economy, along with cattle. In the area of what today is Waller County, perhaps, was one of the first plantations in the southern part of the country. The discovery of oil would completely change the regional economy, but it would not occur until the 1930′s.
Having its economy based on farming and cattle brought a great number of African Americans to the county, who helped in the colonization of the area. The 1880 census reported 65% of its population as being African Americans. After their emancipation from slavery, the economy suffered and several plantations were broken up, dropping the local production of farming and cattle.
The participation of African Americans in politics increased and they were elected to county as well as to state offices. Cultural diversity enhanced with immigrants from Central and Eastern Europe, Ireland and Italy arriving in late nineteenth century, together with Germans, Polish and Czech immigrants arriving in the beginning of the twentieth Century.